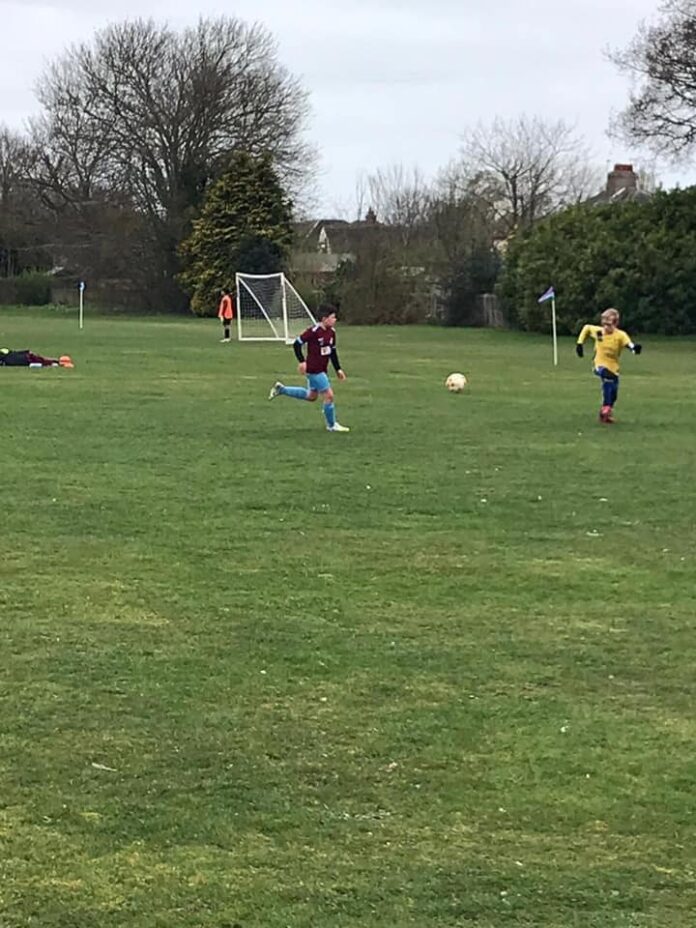 *FRIENDLY MATCH REPORT*
Hillmorton U9 Juniors vs Brinklow U9
Juniors kept up what is becoming a bit of a tradition, with a 3rd post lockdown friendly against our friends from Brinklow.
Having been without football for three months, the parents and coaches were pleased just to see the players back on pitch. However, the players served up a competitive match, with moments of real quality and slick passing from both teams, which was a pleasure to watch.
Hillmorton started very brightly, moving the ball forwards as a team, creating a couple of chances that went narrowly wide. We opened the scoring early on. Riley laid the ball off to Max, who turned inside the box and finished into the bottom left corner.
We added a second shortly after Felipe drifted along the byline following a throw in on the right and crossed into Riley who finished neatly.
Brinklow pulled one back, getting the the ball forwards quickly and outnumbering the Hillmorton defence.
At the back, Charlie and Cavan were alert to some quick Brinklow breaks and were able to play the ball out nicely and Eddy in goal rushed off his line to block what looked like a certain equaliser
We added a third before half time. Felipe won the ball in the Hillmorton half and played a great pass to release Paddy who beat the first defender and slotted the ball past the Brinklow goalie.
The second half was an open match, with both defences needing to be alert to each others attacks. Brinklow were unlucky to be denied a penalty.
A brilliant passing move resulted in the only goal of the second half. Daiton battled superbly to win the ball at the edge of the Hillmorton’s box and found Eddy who played a quick ball to Riley on the left wing. Riley cut inside and switched the ball to Max who twisted and returned the ball to Riley who finished through the keepers legs. A delightful team goal.
Understandably, the players on both teams tired a little towards the end but still continued to defend and attack together as a team and Paddy in goal was quick to gather what came his way.
A really enjoyable first match back. Well done boys..
Report kindly sent it by Adam
MOTM: Max 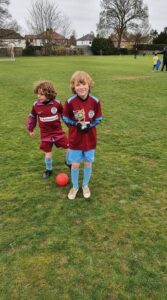 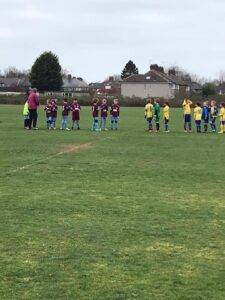