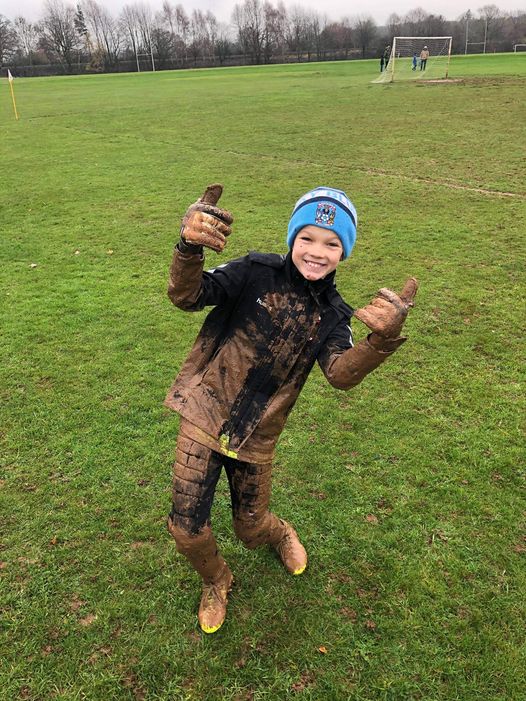 Gurdwara GNP U11 vs Hillmorton Blues U11
The U11 Blues travelled to Bishop Ullathorne school in Coventry to play Gurdwara GNP, and despite awful playing conditions put in another solid performance.
The game started brightly for the Blues and after just 5 minutes Noah raced clear and coolly slotted home after George M played a ball over the top. Gurdwara responded 10 minutes later to equalise, only for Noah to restore the lead on 20 minutes with another great finish after outpacing the Gurdwara defence again. The Blues were in the ascendancy and were the better team in the 1st half and looked to extend the lead but with the last kick of the half an unstoppable strike from Gurdwara brought them back level.
The second half started with Gurdwara taking an early lead, but the Blues responded well with George M providing a second assist to Noah who claimed another quality hat trick. Mid way through the half Gurdwara took the lead again by out-pacing the Blues defence who by now were starting to struggle with the pace of the Gurdwara attack and it was no surprise when they broke through again and stretched their lead to 2. More chances came the Blues way but near misses and a few wrong choices meant that was no further scoring but they all fought to the end despite the bitter cold and constant rain.
After a month out it was a credit to the boys that they put in such a good performance against a well organised team, especially on such an appalling playing surface. Well done to all and a special thumbs up for Olly in goal who had to defend a water filled goal mouth – and kept smiling throughout