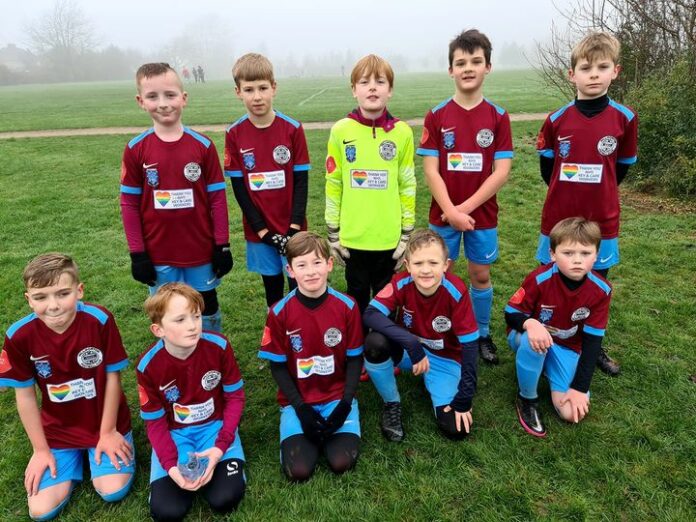 FOOTBALL IS BACK!!!!
Hillmorton U11 Juniors v Coundon Court U11 Boys Red.
On a cold and foggy morning the Juniors welcomed Coundon Court to Whinfied, a team that have been sailing high for the past couple of years.
The Juniors were in high spirits after 4 weeks of no training or matches and happy to see their team mates again!
We started well, with some great passing but just couldn’t find the back of the net. Our solid defence of JB, Riley & George kept the opposition at bay and when Coundon did breech the defence Harry was there with some great saves.
And just before half time, Arthur netted a great goal to give Hillmorton a well deserved half time lead.
The Juniors were now in unchartered terrority and it was going to be interesting to see how they handled being infront in a match.
We started the second half as we ended the first, very strong and after a couple of minutes Jack R netted another goal for the Juniors to double the lead!!
We carried on applying the pressure but just couldnt find the net again with some great runs from Noah S, Finley and speedy Kyron down the left wing and Noah G with his mazey runs around players causing the opposition alsorts of problems.
Coundon scored 2 quick goals, one a fantastic header from Jack R, bringing them onto level terms and unfortunately we just ran out of time before we could find the net again to come out on top.
It was a brilliant match to watch and all the boys gave 100%. Probably the best team performance they’ve had all season.
JB received MOTM for being superb and solid in defence today and never giving up
Captain for the day was Kyron.
Next Sunday we go again at home v Christ the King as we look for revenge of the defeat earlier in the season.
WELL DONE JUNIORS!!!!