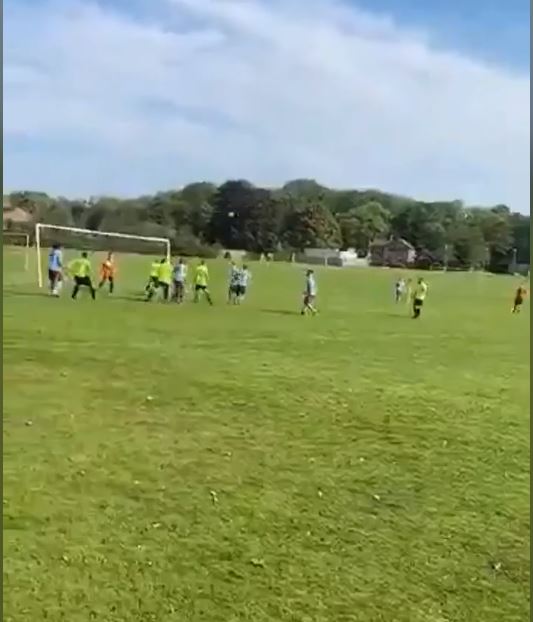 The Webb 4 -4 Hillmorton FC
Newly promoted Hillmorton got off to a disastrous start finding themselves 2-0 down after only 7 minutes due to defensive errors. However they continued with their passing game and were rewarded when Adam Neale nodded in at the far post from a corner.
The Webb scored again from a long throw in to lead 3-1 but the busy Matt Teasdale up front twisted and turned to score in the bottom corner.
HT 3-2
Jay Lawes equalised following a great passing move as Hillmorton continued to press.
Hillmorton lost Matt Teasdale due to a head injury following a nasty clash of heads, leaving the striker with a nasty gash above his eye. Shane Vince put Hillmorton ahead at 4-3 and the Webb pushed on looking for the equaliser as the clock ticked towards the end of the game. The Webb’s keeper pushed up into Hillmorton’s half to take a free kick which Lewis Hudson brilliantly pushed out the top corner. With the alarm going off on the refs watch to signal the end of the game, a long Webb throw in was bundled over the line to equalise at 4-4.
Tough on the Hillmorton lads who had played so well and deserved all 3 points. Early mistakes costing them dear.
Heads up boys a good team performance against a well established Div 1 side .