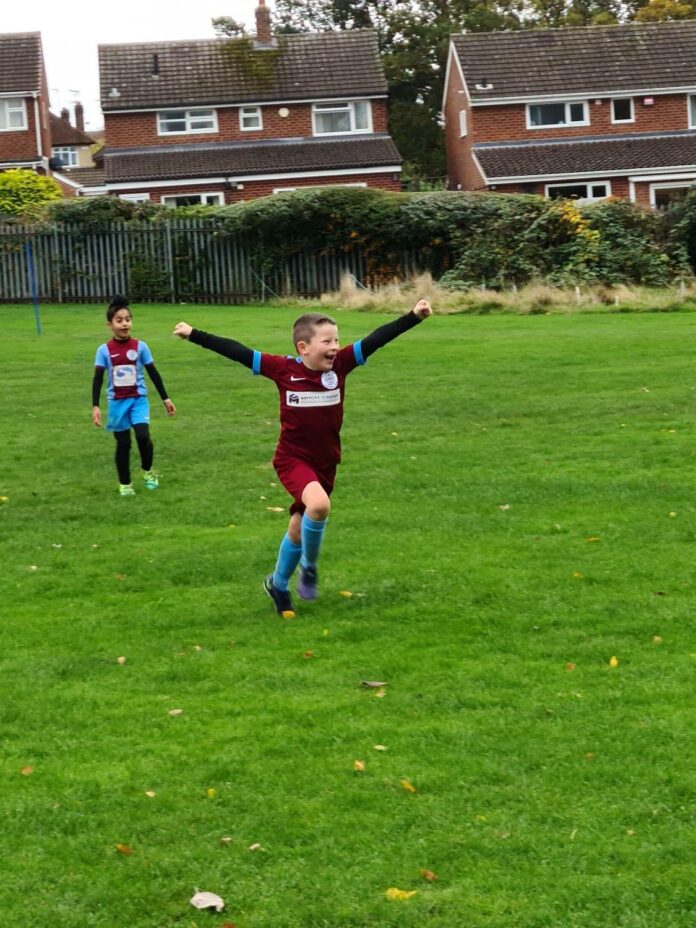 24/10/20
The boys travelled away this week to a newly formed team. It was a cold,windy morning and the boys definitely felt the effects of it as Hillmorton were off to a slow start. It was a scrappy affair for the first 5 minutes and no side really stamping their authority on the game.
Hillmorton started to get further forward and Harman put the away side ahead with a neat finish, low past the keeper. The home team equalised a few minutes later with a pacy run from their striker.
Hillmorton reacted well and began to press the home team really well and made it difficult for them to get out of their own half. Harman won the ball of the opposing defender and had an early shot which was a few yards wide of the post. Eager to win the ball back, from the goal kick Ed fancied his chances and also had a shot go wide of the post.
Gurdwara with a quick counter attack found their striker in a few yards of space, shot quickly but the shot was wide of the post, Freddie showing that he had it covered!
The boys have really started to pass a lot more in recent weeks and it started to show. Good, accurate passing found Harman in lots of space on the halfway line with the ball at his feet, another one of his mazy runs through the defenders took him to the byline where he somehow managed to score from the tightest of angles!
Gurdwara kick off again and Hillmorton continued to ruthlessly press the Home team not giving them any time on the ball. This forced mistakes and Ed almost capitalised with a hard shot saved by the keeper. Winning the ball back after the goal kick, Max had a speculative long shot which didn’t manage to trouble the keeper but kept Hillmorton on the front foot.
An excellent interchange of passing found Harman on the edge of the box who passed it to Ed, one touch was all Ed needed after he smashed it low past the keeper into the side netting. Another Harman run saw him score his hat-trick within the first half!
Half time came around and the boys found themselves in a good position but were still encouraged to start the second half positively. That is exactly what they did after Alfie found the ball at his feet in the opposition penalty area and lobbed the ball over the keeper to score!
Gurdwara hit back with another from their striker. Hillmorton continued to defend solidly throughout with excellent tackles and recoveries from Harry and Max in defence. Freddie so far had a quiet game and was seen running in circles doing star jumps in his penalty area to keep warm!
The game was heading towards the end and Hillmorton began to show their class. Harman won a free kick on the edge of the opposing penalty area and the manager Substituted Max on to take the free kick. Barking orders from the sideline, Max was told to shoot and that he did, excellently as he drilled the ball past the wall and the keeper to score! An entertaining goalmouth scrabble saw Harman reap the rewards with another goal to take his tally to 4 for the match.
An excellent performance from boys and confidence is really starting to flow. The smiles on their faces is so refreshing to see and the improvements are coming rapidly week in week out! Onto next week where the boys try to keep the momentum going with a home win.
Man of the Match – Harman 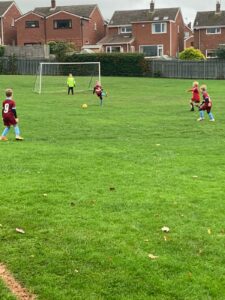 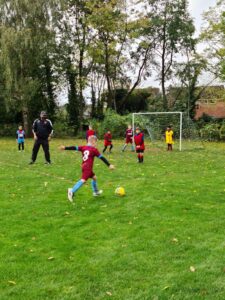 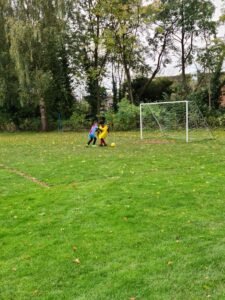 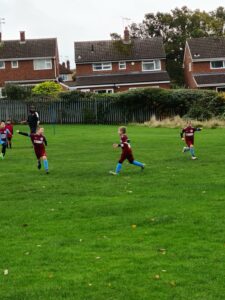