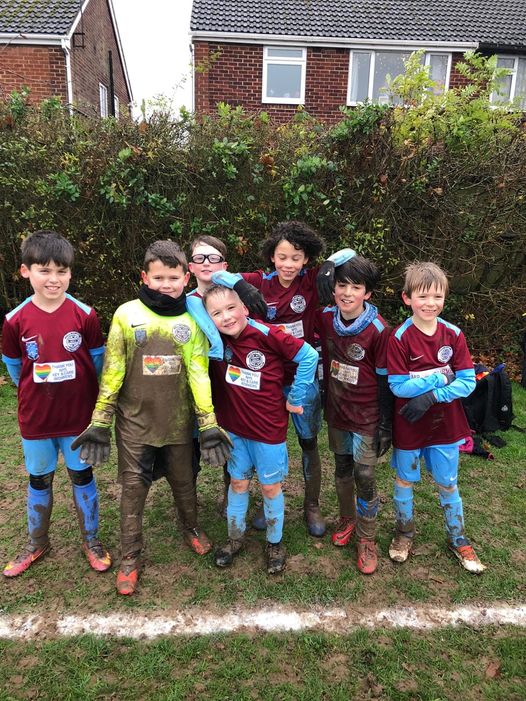 CM Sports V Hillmorton Hawks (Sunday 13th)
After thinking that the Hawks weren’t going to get a game at all this weekend, they were offered another last-minute friendly game, standing in after a cancellation, so managed to gather together 6 lads to play again, together with Miles from the Colts, meaning that the minimum number of 7 was scraped together for three 20 minute thirds of football.
It was an early start, to get to Bedworth for 10am and the sky seemed black. There had been lots of rain and I’m sure a few were questioning the decision to play again, fearing a morning of cold and wet but right from the kick off, the rain seemed to stop and the game settled in to a fantastic end to end game of two even teams and one of the most enjoyable ones to watch for a long time.
It was the Hawks that took the lead following a free kick that went straight in from Lucas D, but CM Sports levelled shortly after, where it could have been more, as the Hawks midfield, despite threatening on the attack, were finding it hard to stop multiple long distance shots from CM Sports, who probably managed a dozen in the first third.
After the first third ended level, the boys were caked in mud and looked knackered already but from the re-start never stopped working, and it was the defenders Reece R and Isaac S who seemed to cut out all the attacks.
Some great link up play from Miles, Riley, James and Lucas, produced some great runs forward but the boys were struggling to get any power in their shots due to the mud. They were therefore asked to shoot earlier and save energy and it was Lucas D who followed that the best who nearly scored from an attack, only for a counter attack to give CM sports the lead, following a cross which deflected in off Reece who had stopped three attacks shortly before proving the game can be unfair at times.
The second third finished and the Hawks were behind by one and last season’s main striker Riley T was moved to centre midfield to provide some bite and ball winning ability and the game completely changed on its head. James looked more comfortable on the wind and was skipping past the opposition for fun. Both he and Riley created many chances for themselves and the movement of Miles, who was now taking a turn up front created lots of space for his teammates.
The boys confidence grew and Isaac and Reece both showed great moments of skill, playing out from the back and bravery to take on their opponents and find the pass forward.
Their great play then rewarded their team an equaliser in which Riley and James both pressured the goalie and the ball ended up in the CM Sports net, from the game’s 2nd own goal.
The Hawks could have won it at the end with some great runs and shots from James and Lucas D but they couldn’t quite find the winner.
Man of the Match was a close one to call but it goes to Riley T who changed the game for his side with his toughness and ball winning abilities, as well as his attacking threat.