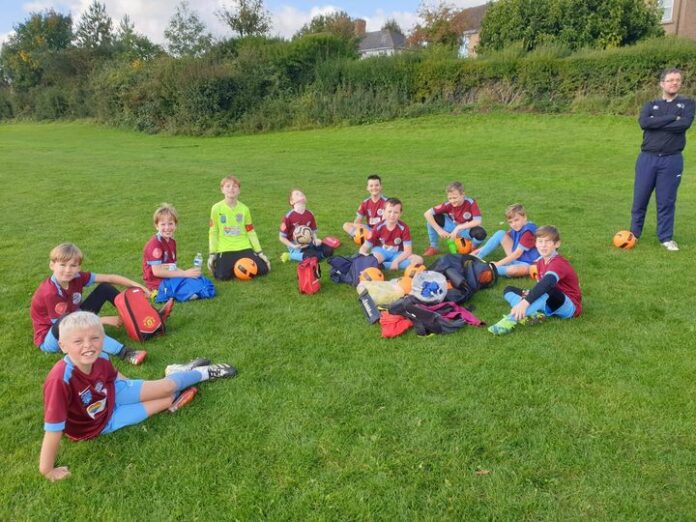 Hillmorton went into the game in high spirits and started the better of the 2 teams, but unfortunately couldn’t find the back of the net with Noah S hitting the cross bar! Unfortunatly Ajax could and we went into half time 2 goals down.
The second half started the same as the first and we quickly conceded another 2 goals.
With a few changes of position we woke up and scored two quick goals from Noah S and Finley. We then relaxed too much and conceded another two goals. Then with some good passing from Hillmorton, JB who was strong in defence passed to Jack R, who did a great through ball to Kyron who placed the ball in the back of the net! Ajax unfortunately then netted another goal.
Hillmorton never gave up and scored another goal from Jack R. Ajax managed to get one more in before the final whistle.
Well done to all the lads for their fantastic attitudes and never giving up!
Special mentions to Jack S for helping us out and being fantastic in defence, Harry for being captain and doing some great saves.
MOTM went to Riley for never giving up and doing some great tackles.
Squad Today: Finley, Jacob, JB, Noah S, Jack R, Harry, Kyron J, Riley, Noah G, Jack S
Next week we go again at home v Coventry Sphinx Juniors U11 Blue