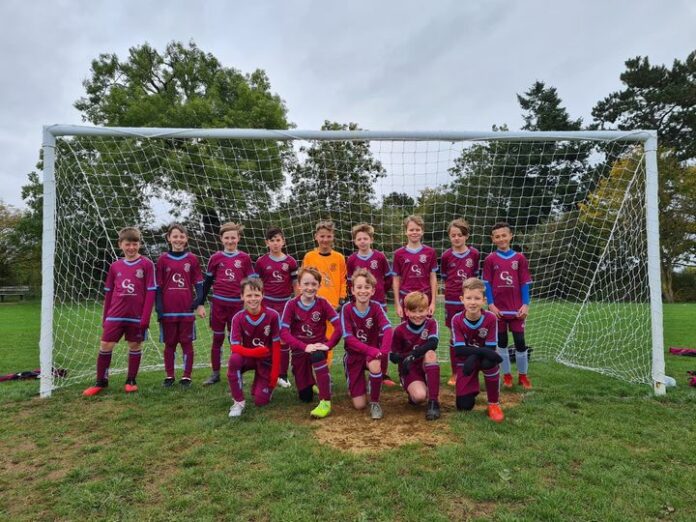 Sponsored by CS CARPENTRY & BUILDING SERVICES
The Clarets fans enjoyed another brilliant performance from the boys, with a convincing performance against Bedworth Warriors.
The Clarets set up with a very attacking formation, however Hillmorton struggled to contain an explosive Bedworth strike force. Three 1v1 opportunities quickly fell to Bedworth with Fynn making exceptional saves each time. With a change of tactics, the Clarets overloaded midfield and some brilliant passing between Jacob and Oscar set Ben away down the wing, who crossed in a peach for Harry T to net. With Bedworth on the back foot, the Clarets won a dangerous free kick outside the area. Another brilliant ball into the box from Noah went straight to Harry T’s head, who made no mistake with his header.
The second half started with much the same. Hard work and good feet from Sham, worked some space for Jonah to provide the Clarets parents more cheers with a fine shot.
Jack S was a constant danger, brilliantly transitioning defence to attack with his tricky runs down the wing. Working the ball high up the pitch allowed Kyron to pressure the Bedworth defence, which he dispossessed of and brilliantly finished, Just reward for a battling display.
The Clarets keeper continued his professional display throughout the game and with strong displays from Harry A, Harry S, Ollie and Cody, the game was all but over when Bedworth grabbed their consolation towards the end.
Man of the Match: Fynn