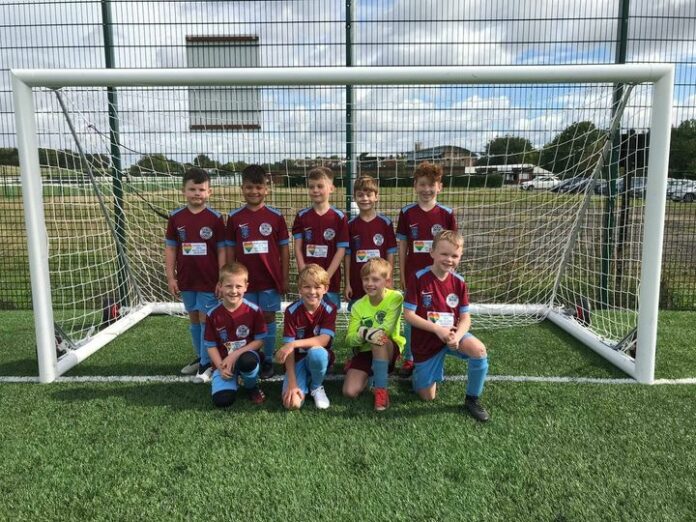 Hillmorton continued their good form with a great team performance.
The game started with a high tempo and Hillmorton were denied opening goals as the opposition goalie tipped shots from Max and Riley onto the crossbar. At the other end, our goalkeeper Eddy rushed off his line to pounce on a dangerous through ball.
We eventually broke the deadlock. Max twisted and turned in the box to find a sight on goal following a cross from Riley. Max continued his rich goal scoring vein, soon making it a first half hat trick and Riley added a fourth with a clever curling shot over the keeper.
Moving to seven a side has been a learning curve for us all, but the boys put on a very mature performance in the second half. Max and Paddy owned the wide positions, protecting the defence and getting forward whenever possible. Paddy made some superb overlaps to get himself one on one and score a hatrick of cool finishes. Felipe was in control in midfield, dropping in to cover the defensive and wide positions whenever a gap was left as well as supporting Hillmorton attacks. He was rewarded with a goal from a corner.
At the back defenders Cavan and Charlie were always in the right position, intercepting dangerous balls and playing some great balls forward to start attacks.
Such was the joined up team performance that MoTM went to the whole team.
Well done boys !!