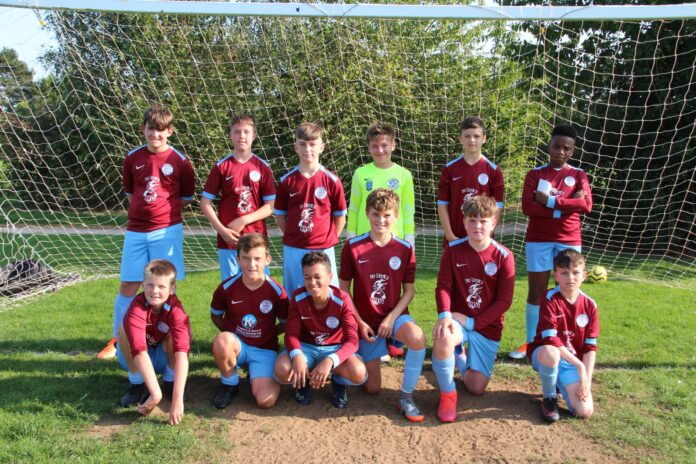 Sponsored by No Limits Gym

Both teams took to the pitch in good spirits and high hopes. Wellesbourne after their first win and Hillmorton looking to build on their great start to the season. Wellesbourne stunned Hillmorton by scoring within 20 seconds of kick off. Hillmorton turned and scored instantly answering a confident start by Wellesbourne. Goal scorer Mason proving what Hillmorton are made of which was delivered by an inch perfect cross from Tieren. Hillmorton continued into the first half with determination. A strong defensive lineup with Chid, Seb, George and Logan, breaking down any play from Wellesbourne.
The midfield showed equal grit and didn’t let up. Great performances from Harrison, Tieran, Joseph, Mason and Sam. Dominating possession and demonstrating some really decent football. Will lead the team down the right and set the bench mark for determination for the teams second goal. Andre showed us his show stopping footwork and really gave Wellesbourne’s defense a run out, beating them time and time again. After numerous attempts on target and no more goals the half time whistle went.

The second half began with a sense of caution in the team. After a few minutes Hillmorton showed their hunger for a win once more with shots from Will, Andre, Seb, Logan, Tieran and Joseph to name a few but still no second goal. Ollie put out a solid performance in goal leading from the back and making some solid saves. With 10 minutes to go Wellesbourne win a corner. Taken well, they scored their second goal. Hillmorton continued with their relentless attack, dominating possesion and strong defense but just couldnt secure a second goal.

Thanks to all who supported the match and Louie for running the line.

Man of the match : Will 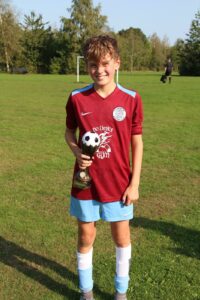