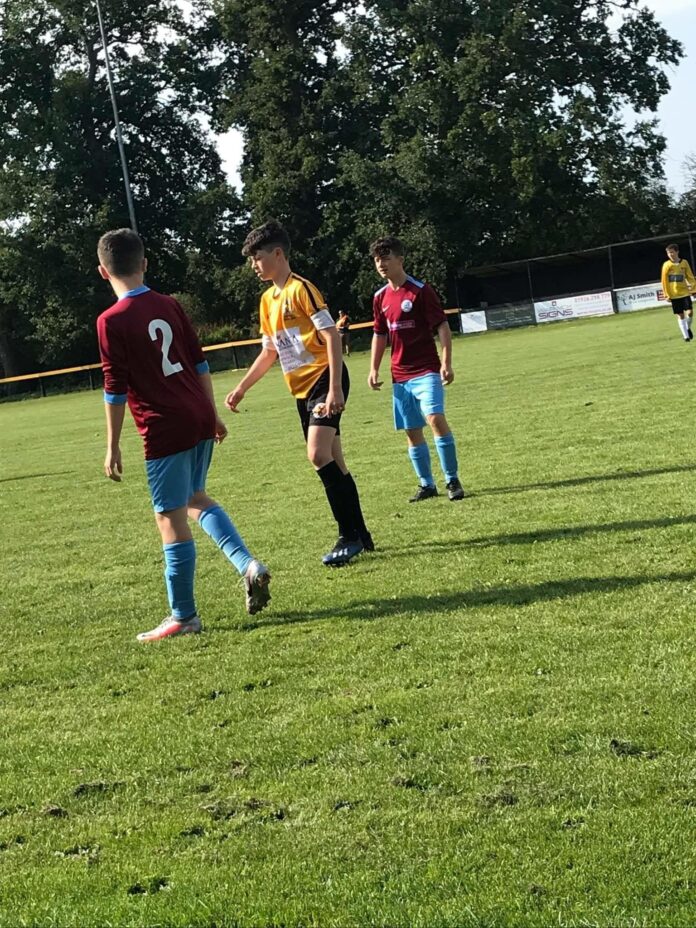 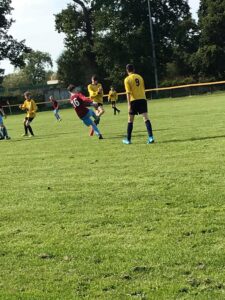 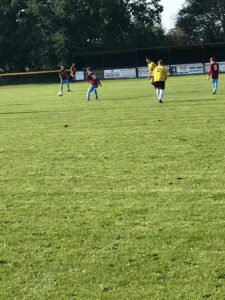 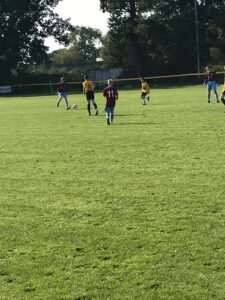 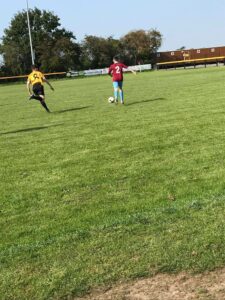 U15’s sponsored by Nationwide Windows
Hillmorton travelled to a much improved Racing Club Warwick today with a perfect pitch to play on, hopefully this was going to be a good passing game. Hillmorton dominated the first half and should have been 6-0 up at half time but with a mixture of poor shooting and couple of good saves it was just 1-0 with a nice headed goal from Harvey.
Second half was a little different. Racing Club Warwick came out and wanted to attack and put some pressure on the Hillmorton defence. A mix up between defender and keeper allowed the home team an indirect freekick after a pass back. They scored from the resulting freekick. Hillmorton came back when,Lewis, on his debut and playing a year up stole the ball as Racing Club Warwick tried to play out from the back and nicely slotted it past the ‘keeper. A third goal was then scored after Liam beat the full back and squared it nicely for Rhys to pass into an empty net. 3 points on the board.
Man of the match was Lewis on his debut.